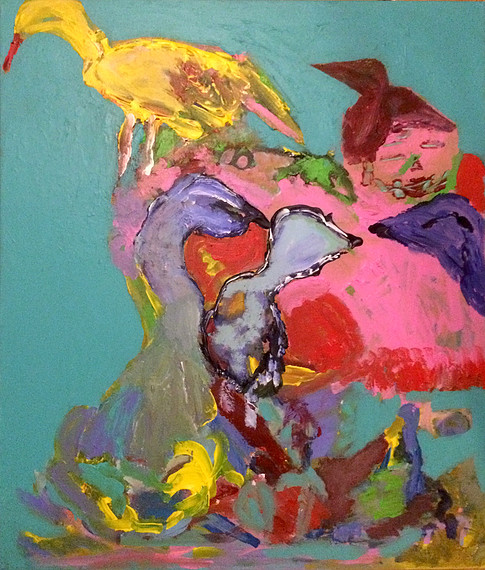 The first exposition of Waldemar "Major" Fydrych`s paintings to be presented in the course of 2019 has just been opened. The opening ceremony took place on Sunday, January 20th, at the Orangeria Gallery of the Poniatowski Palace in Jabłonna near Warsaw, which currently belongs to the Polish Academy of Sciences. The opening was preceded by a classical music concert held in the astounding interiors of the oval hall of the Palace.

Some of the many attending guests in order to see the concert and take part in the opening travelled very far. Some even came from France, Great Britain, Wrocław and Lublin. The Orangeria Gallery is run under the artistic supervision of the Warsaw Academy of Fine Arts. The exposition itself was curated by a Polish graphic artist of international renome and an academician at the Warsaw Academy of Fine Arts, professor Stanisław Wieczorek.

We invite you to view the video clip below made by the management of the  Palace in Jabłonna during the opening ceremony.